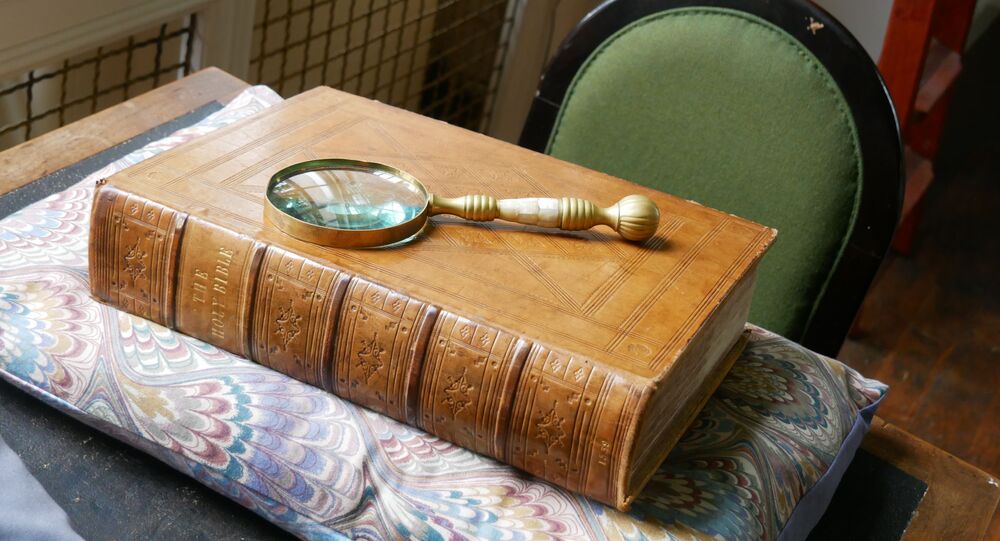 Thomas Cromwell was a chief minister to English King Henry VIII, who was a key figure in the Reformation that took place in England in the 16th century. He was also known for some interesting political stunts during his time at court, before being beheaded in 1540.

A copy of the 16th-century Great Bible given to Henry VIII was manipulated by Thomas Cromwell, claims Israeli researcher Eyal Poleg from Queen Mary University of London.

The King’s personal copy of the Great Bible, which has been kept in St. John’s College library at the University of Cambridge since the 17th century, was analysed with the help of a digital microscope and X-ray technique by Poleg and senior research scientist Paola Ricciardi to conclude that certain “manipulations” had been done to the book.

“It’s been done so professionally that a microscope and a good light source are needed to see it”, Poleg explained to Haaretz.

“What happened in the 16th century, in the court of Henry VIII, resembles today’s Photoshop”, he adds.

The scriptures were given to the English ruler but his close royal adviser Thomas Cromwell after Henry VIII broke ties with the Catholic Church and established the Church of England. The first translation of the Hebrew Bible, dubbed the Great Bible, was then published in 1539, to be distributed to churches around the country and read out during the services. According to Poleg, “it was the first time that every church in the kingdom was ordered to buy the Holy Scriptures in the English language”.